Is The USA In A Recession? An Honest Answer From Differing Opinions 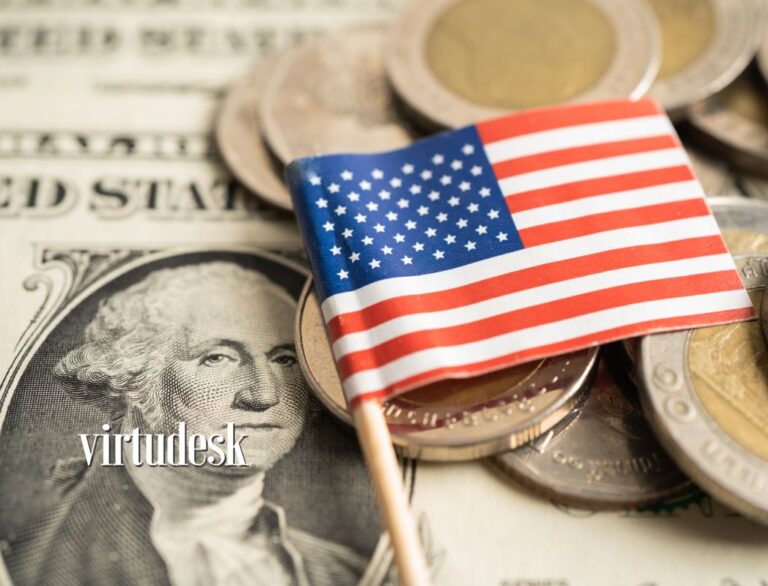 The United States of America serves as an economic powerhouse on a global scale. Its GDP is unrivaled, and its citizens enjoy a high standard of living. Its economy has a global impact, and any changes within it are felt worldwide. However, this doesn't mean the country is infallible to economic hardship.

It survived economic downturns in the past and will likely experience more in the future. The critical question becomes: is the USA currently in a recession? Before we can answer that, let us discuss what defines a recession.

What Is A Recession?

A recession is a significant decline in economic activity lasting more than two consecutive quarters.. It is visible in industrial production, employment, real income, and wholesale-retail trade. The US National Bureau Of Economic Research (NBER) defines it as "a significant decline in economic activity spread across the economy, lasting more than a few months, normally visible being considered before declaring a recession.”

In simple terms, a recession is when the economy is not doing well. When people lose their jobs or businesses start to close, it can ripple out and affect other areas of the economy.

The USA has experienced these recessions in the past. The most recent one started in December 2007 and ended in June 2009. It brought about the Great Recession, the worst since the Great Depression of the 1930s. It was caused by several factors, such as the bursting of the housing bubble and the subprime mortgage crisis.

What are the factors being considered before declaring a state of recession?

Factors To Consider In Declaring A Recession

Declaring a recession needs comprehensive data on the state of the economy. And it might take several months or years before sufficient data is gathered. Several indicators have been seen in the United States over the past few years. But is it enough to say that the country is currently in a recession?

Moreover, economists should consider some factors before the US Bureau of Economic Analysis can declare a recession. They are as follows:

A decrease in the GDP growth rate for two consecutive quarters is one of the most common indicators of a recession. The US economy experienced this in late 2007 in real GDP.

GDP refers to the total value of all goods and services produced in a country in a given period. The growth of GDP is often used to measure the health of an economy. A decline in the GDP growth rate usually means that the economy is slowing down. According to the US Bureau of Economic Analysis, the GDP growth rate needs to decline for two consecutive quarters before a recession can be declared.

The "third" GDP estimate released resulted from more complete source data than those used in the previous "second" estimate released last month. According to preliminary figures, the natural GDP decline was 1.5 percent in the second estimate. Personal consumption expenditures (PCE) decreased by 2 percent, with private inventory investment increasing by 0.6 percent.

Another factor to consider is employment. A recession usually means a decrease in the number of people employed. The US Bureau of Economic Analysis looks at various measures of engagement, such as nonfarm payroll employment, total hours worked in the economy and the unemployment rate.

The unemployment rate in the US was 3.5% in July 2022. It is a 0.1% increase from the previous month and the highest since August 2020. While the unemployment rate is not at its peak, there has been a rise in the number of people unemployed for more than 27 weeks. The change indicates that not all people who want jobs can find them.

A decrease in real income is another factor that can be used to declare a recession. Real income refers to people's money after inflation has been considered. In other words, it is the purchasing power.

A decrease in real income can be caused by a reduction in wages and salaries, an increase in taxes, or a combination of both.

Another contributing factor is a decrease in sales that can be used to declare a recession. This includes reducing retail sales, industrial production, and housing starts. A recession usually means that people are buying less stuff.

Another factor considered before officially declaring a recession is the manufacturing sector. The manufacturing industry is a significant part of the US economy. It accounts for about 12% of GDP.

A decrease in manufacturing can be caused by a reduction in demand for goods, an increase in the cost of raw materials, or a combination of both.

Different Opinions About Recession In The USA

Now that we have looked at some key indicators let's explore what other people are saying about the chances of a recession in the USA.

Some economists are predicting a recession in the next two years. They point to the rise in unemployment, the decrease in income and sales, and the decline in manufacturing as evidence that a recession is on the horizon.

Others believe the USA is not currently in a recession and is unlikely to enter one shortly. They point to the strong stock market, high consumer confidence, and low-interest rates as evidence that the economy is doing well.

An Honest Answer: Is The USA In A Recession?

The answer is: it depends on who you ask. There are different opinions about the definition of a recession and whether the USA is currently experiencing one. There's no definitive answer to the question. Instead, it's a matter of opinion - often, those opinions are based on differing interpretations of data and economic indicators.

Some economists believe the USA is in a recession, while others believe the economy is doing well and a recession is unlikely. One thing is sure: unless the US Bureau of Economic Analysis declares it, a state of recession in the USA remains to be an opinion.

Whatever the state of the global economy, we always want to ensure that our business stays alive and helps it endure financial challenges. If you are interested in additional ways to make your business remain afloat, fill out this form, and one of our Consultants will get in touch with you.

21 Powerful Apps for Truck Drivers That Can Transform Your Business

Meet our Most Trusted

I’ll rate Virtudesk 5/5. My experience with Virtudesk was fantastic. I like your follow-ups and consistency is very refreshing and it makes me feel very confident in hiring Virtudesk.

We hired a VA because we needed help on recruiting for agents and I am very satisfied with my Virtual Assistant. The experience with Virtudesk is really good and I am really really happy.

One of the reasons why we hire a Virtual Assistant is because a VA can’t walk out my door and take my business. Second, the cost value and the third is, we just had a super well qualified hardworking admin – I am very satisfied with my VA. We are also constantly getting follow-ups to ensure that we are very satisfied.

Subscribe to our newsletter! Stay up to date on Virtudesk news, industry trends, exclusive deals, strategies to increase your business growth, best practices for hiring and training virtual assistants, and more.