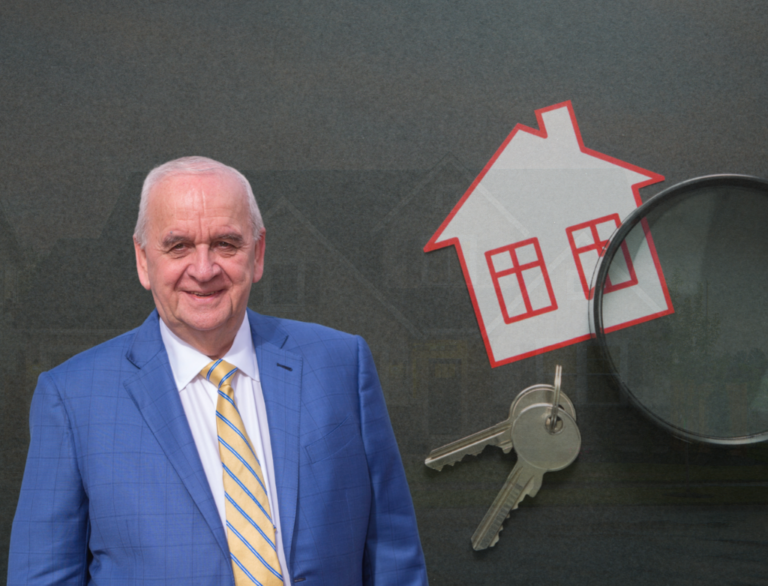 In just four years after its establishment, Robert Slack LLC was already the #1 real estate team in Florida. During the Leverage Summit, Robert proudly shares with the community how he did this for his company.

In his segment, he talks about starting out with four agents and how that grew to 650. He also mentions factors that were essential to his success, especially with his approach of accumulating leads early on.

Robert’s first move was to invest in leads. ”We started off with Zillow,” he says. Zillow is an online real estate marketplace known among brokers for its vast pool of leads. For Robert, this was his first step to a successful career in real estate.

“We bought a lot of leads very early.” Robert eventually flipped over to Realtor.com in pursuit of accumulating more leads for his team. This became his winning strategy towards taking over half of Florida’s real estate market, leading the #1 real estate team in the state.

“We accumulated a huge database early on and today we have a million people in our database,” he adds, showing that he continues to implement this effective strategy.

Robert was new to the real estate business, but he wasn’t new to being an entrepreneur. With his previous experience in running a thoroughbred farm and selling cars, he was able to immediately appreciate the importance of leads in the real estate industry. “We trapped those leads as though they were gold.”

Prior to switching to Realtor.com, Robert took care of the first sales leads he purchased by hiring more agents. “I got some Zillow leads, and we-pretty much-hired anybody that wanted to come on.  After 90 days I took myself out of production and got into recruiting and we'd recruit anybody at that time.”

Continuing his strategy of buying leads and recruiting agents to handle them, Robert decided he needed to structure his growing company to get workflows running smoothly. “I thought, I’m getting so many leads I’m going to need a team,” he recounts.

“I opted early on to--because we're going to be in several areas in Florida--get a team leader in each of those areas.” Robert hired area-based leads to have teams work those areas for his company.

With enough manpower, Robert started implementing a system to get his listing taken care of. The combination of Ylopo and Follow Up Boss allowed Robert’s workforce to do just that.

Ylopo is an AI-assisted digital marketing tool engineered to optimize communication between real estate agents and their customers. Follow Up Boss is a real-estate-specific customer relationship management platform that allows agents to work faster and more efficiently.

Their cross-platform integrability allows Robert’s real estate team to have a database that also facilitates the generation and nurturing of leads, communication, and overall provides a great conversion experience for them and their customers.

“We just kept on plugging in,” he describes the driven environment the tools created for his company. His advice to anyone using the same strategy is, “Do not spend a nickel on leads if you don't have the process to handle them.”

Recognizing the need to assemble according to a definite structure, Robert did just that for his company. He grouped people up in teams and set up departments to support his overall business model. “We really became a self-driving engine after that. It became like a locomotive with no brakes,” he says referring to the growth he continues to achieve with the establishment of the company’s structure.

As of the interview’s date, Robert has 16 team leaders in Florida.  “Then, we have a chief technology officer, and of course, we have a marketing department. And we built two title companies which are now merged into one. And we have about 30 loan officers in our mortgage company.”

He moves on to the specifics of how he views the real estate market and achieves volumes in sales by investing in leads. “There are no bad leads, there are only agents who don't know how to follow up with those leads,” Robert says to Tristan. Then, he starts to talk about how his company has grown with the help of virtual assistants (VAs).

“The line between VAs and ISAs with us is a little blurred,” Robert begins. “We've got about 120 people in the Philippines,” he continues, “they do a lot of nurturing on the database.” For his company, VAs and ISAs (Inside Sales Agents) are both delegated with tasks that contribute towards lead nurturing. Robert also mentions that they do push listings.

“A lot of the very high producing agents that we have, have increased their business dramatically just by having people do the follow-up. They set appointments, they do their follow up in Follow Up Boss, they write offers, (etc.),” Robert shares.

“Once they’ve (Robert’s real estate agents) have talked to these virtual assistants and found out that they can do all of the stuff that they're put off or not good at-- they do their social media marketing and social media posting and all of that stuff--they become an indispensable part of their business.”

Finally, he gives more advice to the audience, “If you're not using VA's, then you're missing out.”

In the interview, Robert also runs down the past few years of running his business and building his real estate team. “I got my license about eight years ago. And six years ago, on the first of November, we opened the brokerage with four newly licensed agents and we thought we're really caking it, you know.” Forwarding to the present, “Now we have about 650 agents, of which we have several teams. The Leads team is the largest.”

For Robert Slack, LLC, accumulating leads was a focal point in running their business. From there, they assembled a structure that allowed them to handle multiple prospects in different areas. Seeing the importance of being able to follow up with leads, he empowered his agents further with the help of virtual assistants.

If you’re a real estate agent considering getting a virtual assistant for your business, remember that Robert says, “Get out and do what you do best: sell real estate.”

If you’re looking to delegate tasks to start doing what you do best, fill out this form, and one of our consultants will reach out to you about having a virtual assistant help you grow your business.

Cost Cuts, Hiring Freezes, and Layoffs: Is Your Company at Risk?

12 Exciting Tasks Influencers Can Assign To a Virtual Assistant

Top 5 Skills Your Tech Virtual Assistant Will Need in 2023

Meet our Most Trusted

I’ll rate Virtudesk 5/5. My experience with Virtudesk was fantastic. I like your follow-ups and consistency is very refreshing and it makes me feel very confident in hiring Virtudesk.

We hired a VA because we needed help on recruiting for agents and I am very satisfied with my Virtual Assistant. The experience with Virtudesk is really good and I am really really happy.

One of the reasons why we hire a Virtual Assistant is because a VA can’t walk out my door and take my business. Second, the cost value and the third is, we just had a super well qualified hardworking admin – I am very satisfied with my VA. We are also constantly getting follow-ups to ensure that we are very satisfied.

Subscribe to our newsletter! Stay up to date on Virtudesk news, industry trends, exclusive deals, strategies to increase your business growth, best practices for hiring and training virtual assistants, and more.